NEW YORK, March 26 (Reuters) - Global equity markets advanced on Wednesday as investors left behind concerns about Ukraine to focus on the potential for fresh stimulus from China, while the dollar rose on strengthening U.S. economic data.

Gold fell to a 5-week low, giving back early gains, on the stronger dollar. U.S. Treasuries yields were steady ahead of a sale of $35 billion in new supply. Bond traders said investors were evaluating whether a recent rise in five-year note yields will offer an attractive return relative to the risks of higher interest rates from the Federal Reserve. Russia and the West drew a tentative line under the Ukraine crisis after U.S. PresidentBarack Obama and his allies agreed to hold off on more damaging economic sanctions unless Moscow goes beyond the seizure of Crimea, which Russian President Vladimir Putin last week said he did not want to do.

The development seemed to limit the odds that the biggest East-West conflict since the Cold War could escalate further, removing a potential headwind from markets. While few U.S.companies have direct exposure to the region, there had been worries about the fallout of prolonged tension. Russia's Micex Index rose, gaining 1.9 percent.

"I would be shocked if there was any kind of escalation now, which eliminates some of the concerns people had and forces the market to focus back on the economy, where recent data has been lending credence to the theory that some recent issues were related to weather, not fundamentals," said Malcolm Polley, president and chief investment officer of Stewart Capital Advisors in Indiana, Pennsylvania. The MSCI emerging equities index rose the most in almost three weeks, helped by the recovery in Russian stocks and in Poland and Hungary. Both had been hit by the recent turbulence. With the Crimean crisis dissipating, investors turned toward China in the hope that Beijing will take steps to bolster its economy. Many economists expect China's growth to miss the government's target of 7.5 percent this year in the absence of effective support measures.

"Investors are betting on stimulus because Chinese authorities have done everything they could to achieve the target in the past," said Sho Aoyama, senior market analyst at Mizuho Securities. On Wall Street, nine of the S&P 500's 10 primary sectors were up. Markets were more stable than in the previous two sessions, when biotech and technology shares sold off heavily. Still, the biggest advancing sectors on the day were healthcare and telecom, two groups that are considered defensive plays. 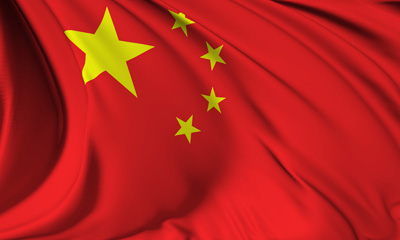 © imagesnews
Separately, private-sector economic activity accelerated in March at a faster clip than in February as the services sector picked up, according to financial data firm Markit's preliminary composite Purchasing Managers Index. The stronger U.S. data bolstered the dollar index while the euro fell on investor caution as European Central Bank officials ramped up efforts to talk down the currency. ECB governing council member and Bundesbank chief Jens Weidmann said negative interest rates were an option to temper euro strength. He added that quantitative easing was not out of the question to combat deflation.

The euro traded lower for a second straight day at $1.3790 , not far from the three-week trough of $1.3749 hit on Tuesday. It was also lower against the yen at 141.08. In U.S. Treasuries trading, the benchmark 10-year U.S. note was up 3/32, the yield at 2.7244 percent. A $32 billion sale of two-year notes on Tuesday drew solid overall demand, but low bidding from dealers raised concerns that banks and investors may hesitate to buy debt at risk of further selloffs.

In precious metals trading, spot gold was at $1,303.31 an ounce after plumbing a new 5-week bottom of $1,300.09. (Additional reporting by Alistair Smout in London and Hideyuki Sano in Tokyo; Editing by Larry King and Dan Grebler).