LONDON - Lloyd's of London, the world's oldest insurance market, says it has already begun to pay out claims for the loss of Malaysian Airlines Flight 370, even as searchers continue to scour the Indian Ocean for wreckage.

It's still far too early to speculate about the cost of the disaster, which will depend in part on what happened to the plane, said Lloyd's Chairman John Nelson. By way of example, he said it took two to three years to sort out what led to the crash of an Air France plane in 2009. He said the tragedy was compounded by the unusual way in which the disaster unfolded.

"As regrettable as it is, we expect the occasional loss," he said.

Flight 370 was en route from Kuala Lumpur to Beijing when it vanished early March 8 with 239 people aboard. Although no wreckage has been found, the Malaysian government said this week that satellite data indicates the plane crashed into the Indian Ocean thousands of miles from land. Lloyds, a specialist insurance market, on Wednedsay reported pretax profit of 3.2 billion pounds for last year as it benefited from the fact the world suffered fewer natural disasters.

But Nelson said the aviation segment remained a small portion of their overall business. "We have been insuring airplanes since they were first invented," he said. "This is what we do.". 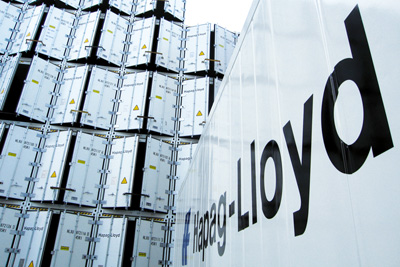